Retrospective diagnosis is the act of identifying an illness after the death of a person using modern knowledge, methods and disease classifications. Historians and psychiatrists have studied the behavior of the following individuals, using their biographical information, and determined them to be on the spectrum. 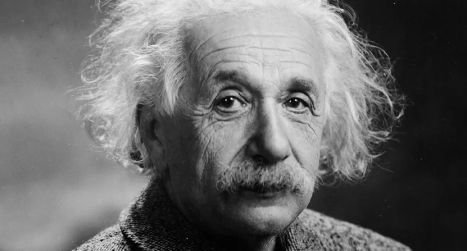 Einstein didn’t speak until the age of 3, and when he did speak, he often repeated sentences obsessively to ensure he was pronouncing words properly.  For instance, he would say the sentence under his breath, before pronouncing it aloud. By the time he was 11, he was diving into collegiate level mathematics and physics but had little interest in the usual playtime activities of his age group. Instead, he would read quietly or build elaborate houses of cards. Additionally, he had difficulty with social interactions and had tactile sensitivity, an unusual or increased sensitivity to touch.  As an adult, Einstein established a rigid set of expectations for his wife to follow, including strict regulations regarding cleanliness and organization of his study and desk. He preferred to spend time alone sailing and thinking rather than socializing and was regarded as eccentric.

According to a paper submitted to the National Autistic Society, the image of a tin of soup repeated across a canvas, thought to be Andy Warhol’s ironic response to pop culture, was actually a symptom of Asperger’s Syndrome. The absolute flatness of his voice and his preference to use as little words as possible when speaking are also indications as these tendencies demonstrate how his use language differs from social norms.  He was also known for exhibiting what’s considered the ‘autistic stare,’ a tendency to deal with awkward social situations by shutting down and saying as little as possible or not engaging at all. He cringed from physical contact, was obsessed with playing gramophone records and had obsessive archival activities, such as documenting his ‘wrongness.’ His thinking style was mechanical, and he was extremely controlling and immature in personality. As a young adult, he was described as a mixture of a 6-year old child and a well-trained artist. He had major social problems and showed a lack of empathy towards others.

Autism prevalence rates in girls and women are low compared to boys due to a lack of awareness of what the syndrome looks like in females. Typically, females with Asperger’s Syndrome are described as shy, quiet, aloof and moody. Due to this, there’s some subjectively regarding Emily Dickinson’s place on the spectrum. Dickinson had an extraordinary sense of smell and seemed to live in a world of her.  As an adult, she was reclusive and got along best with children. There’s speculation that her diagnosis of epilepsy was the reason for her isolated lifestyle. However, many medical professionals are quick to point out that a large number of individuals on the spectrum have a diagnosis of epilepsy. 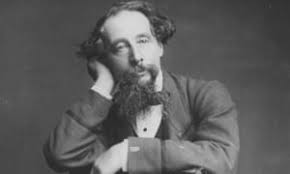 As a child, Andersen would throw strange tantrums, and was aware that he was ‘different.’ He wrote The Ugly Duckling as a metaphor for his life, drawn from personal experiences of bullying. He was socially immature, a loner and an outsider.  He was also extremely obsessive and ritualistic in his behavior.  He was known to engage in unusual behavior such as walking through town with his eyes shut or reciting Shakespeare as he roamed aimlessly through the streets. His communication skills were awkward as he didn’t know how to initiate a conversation, nor how to enter a normal back and forth exchange. He lectured people constantly, once wandering into the poorhouse and giving a long lecture about body organs to the women working at their spinning wheels. It was also said that he spoke with an unusually high-pitched voice.

Lewis Carroll’s psychopathology is highly controversial due to his behavior of continuously seeking and enjoying the company of children, particularly little girls. While some researchers wonder about the possibility of pedophilia, others are using the same information to insist that he was autistic. He was known to be a poor communicator, exacerbated by a severe stammer, and therefore likely found interacting with children much easier. He avoided adult social functions and hated small talk. He was described as insensitive, rude, rigid and off-putting in some social situations. Additionally, Carroll demonstrated specific restricted interests – ‘obsessive photographer,’ managed to memorize pi to 71 decimal places, and followed a strict routine. He was also devoted to tidiness and would get quite cranky over minor incidents.

Virginia Woolf took longer than the average child to learn how to speak, suggesting that she may have been on the spectrum. She suffered from anorexia, felt isolated as a teenager and was unable to look people in the eye. She was apparently obsessed with her pens and enjoyed socializing but hated being peered at.