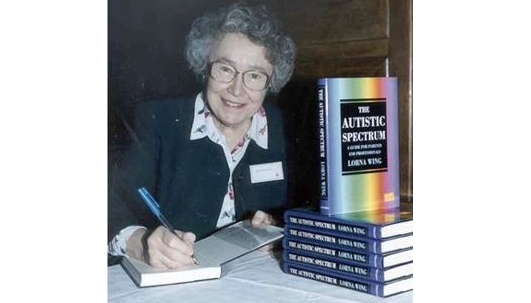 In 1956, psychiatrist Lorna Wing gave birth to her daughter Susie. In the following years, Wing and her husband, psychiatrist John Wing, became increasingly worried as Susie showed a ‘lack of communication and social interaction, lack of pretend play and repetitive behavior.’

Neither parent, despite their medical training, could recognize what was occurring with their daughter. Not until John attended a lecture by child psychiatrist Eleanor Mildred Creak, was he able to understand what their daughter’s problem was – Kanner’s autism. Lorna Wing, who already had an established reputation for her electrophysiological studies on various types of mental disorders, abandoned her research to work on understanding autism instead.

Wing’s groundbreaking research began with the creation of the Camberwell Case Register in 1964. The purpose of the Camberwell Case Register was to provide a source of research data on psychiatric patients in Camberwell, London. Among the researchers to join Wing on the project was young psychology graduate, Judith Gould. In developing the Camberwell Register their team assessed children (under the age of 15) to evaluate the relationships between mental retardation, typical autism and other conditions involving social impairment. They quickly became dissatisfied with the current system of diagnostic categories.

A “socially impaired” group and a comparison group of “sociable severely mentally retarded” children were identified. Results showed that mutism and repetitive behaviors were found in almost all the socially impaired children but to a lesser degree in comparison to the sociable severely retarded group. A subgroup with a history of Kanner’s early childhood autism was identified, but the group’s shared abnormalities with other socially impaired children made researchers consider forming a system of classification based on the quality of social interaction. 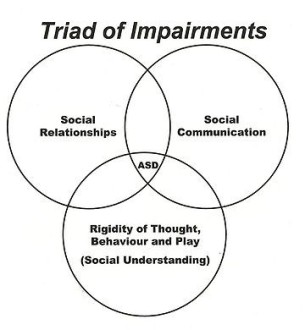 Wing and Gould established the ‘Triad of Impairments’ by demonstrating the clustering of social and communication impairments with lack of pretend play, which was replaced by repetitive behaviors and interests, effectively marking autism as a syndrome. The ‘triad’ paved the way for the recognition of high functioning forms of autism, and it had a lasting impact on diagnostic and assessment methods. Additionally, the observation about the lack of pretend play was crucial in understanding how the social impairments of autism result from a neurocognitive deficit referred to as ‘theory of mind’ – which pertains to the ability to understand the desires, intentions, and beliefs of others.

In 1979, Wing and Gould conducted one of the first epidemiological studies of autism, reporting a prevalence rate of 1 or 2 per 1,000 people, suggesting that autism was quite common. This challenged the medical community’s established view that autism was rare.

Wing also introduced the concept of an autism ‘spectrum’ rather than a set of rigidly defined and separate disorders.

Another key development came when John Wing discovered a study by Hans Asperger, a Vienna-based pediatrician who described a form of high-functioning autism as early as the 1930s. In his study, he described children who lacked non-verbal communication skills, showed little empathy with their peers, and were often physically clumsy. Lorna realized that this too lay on her spectrum, but at the opposite end of Kanner’s autism.

In her 1981 paper, she introduced the medical community to Asperger’s work. Based on his descriptions and Lorna’s assessment and diagnosis of 34 individuals (6 of whom were identified in the Camberwell study), she coined the term ‘Asperger’s syndrome’. Asperger originally referred to the diagnosis as ‘autistic psychopathy’ meaning abnormality of personality. But due to the misunderstanding caused by the popular tendency to correlate psychopathy with sociopathic behavior, Wing chose to use a neutral term – naming the disorder after its creator. Her article resulted in the new clinical diagnosis being included in the American Psychiatric Association’s 4th edition of the Diagnostic and Statistical Manual of Mental Disorders in 1994.

In 2013, the syndrome was categorized under the umbrella term of autism spectrum disorder. What distinguishes Asperger’s syndrome from classic autism are its less severe symptoms and the absence of language delays.

Children with autism are frequently viewed as aloof and uninterested in others. This is not the case with Asperger’s syndrome as individuals with the diagnosis usually want to fit in and interact with others. They may be socially awkward, have a hard time understanding conventional social rules or show a lack of empathy. Individuals with Asperger’s may have limited eye contact, seem unengaged in conversation, and do not understand the use of gestures or sarcasm. Additionally, there is no speech delay in Asperger’s. Instead children with the disorder frequently have good language skills, but they use language in different ways. Speech patterns tend to be unusual, include lack of inflection, have a rhythmic nature and are too formal, loud or high-pitched. Lastly, while some children with autism have intellectual disabilities, by definition, a person with Asperger’s Syndrome can’t have a ‘clinically significant’ cognitive delay. Most with the disorder possess an average to above-average intelligence. [One of the best representations of someone with Asperger’s Syndrome is Sheldon Cooper from the TV Show, Big Bang Theory.]

Lorna Wing’s research was always influenced by her insights as a parent, which was critical during a time when parents were being wrongly accused of causing their children’s autism. She remained an essential asset to the development of the community for fifty years. Wing was still actively involved in diagnostic services at the assessment center now fittingly named the Lorna Wing Centre for Autism, when she passed away in 2014. The Centre was the first place in the U.K. to provide complete assessments and advise services for children, adolescents and adults with social and communication disorders. The Diagnostic Interview for Social and Communication Disorders (DISCFO), which Wing and Gould developed in the 1970s, remains one of the most detailed forms of clinical assessment. Additionally, as a scientific and clinical advisor of the National Autistic Society in the U.K., Wing helped shaped the parent-led charity which opened the first schools for autism in England.

While it’s not unknown for medical careers to be shaped by tragic events that have had a personal impact on the individual concerned, few practitioners have been able to have such a beneficial outcome as Lorna Wing. The modest and thoughtful mother of a daughter with severe autism had an enormous impact on the history of autism research and the world’s understanding of autism.

0 comments on “The Evolution of Autism – Part V: The Woman Behind the ‘Spectrum’”