This father’s day I was reminded of how lucky I am to have my father in my life. He has always provided for all his children and offered emotional support as well. Growing up, I always saw my dad as a superhero. He worked a sheriff, fought in the military, and put bad guys in jail. I didn’t realize then just how strong my dad truly was.

Post-traumatic stress disorder is defined as a psychiatric disorder that can occur in people who have experienced or witnessed a traumatic event.

It is so much more than a textbook definition though. PTSD is waking up in the middle of the night screaming due to horrible flashbacks, crying when a certain smell hits you or being afraid to ever enter a certain building again. PTSD can affect anyone. According to the RAND Center for Military Health Policy Research, 20 percent of the vets who served in either Iraq or Afghanistan suffer from either major depression or post-traumatic stress disorder.

I’ve seen it with my own father. One day, when I was fifteen, we had a long talk about mental health. As a clinically depressed teenager I felt lost and confused; like no one understood me. Until my dad told me about his experience with mental illness.

At 18, fresh out of high school, my father joined the military. He fought in the war against terrorism in Iraq, Iran, and Afghanistan. He served for years and saw many terrible things along the way. He told me the hardest thing he ever had to do was shoot a child. It became a routine, don’t feel. Just shoot and survive. And while the work was noble, it was most certainly life-altering. Many years later my dad started to think about his own mental health seeing everything I was going through. I had been in and out of both inpatient and outpatient care facilitates. I was seeing a therapist and a physiatrist and on multiple antidepressants and mood stabilizers. It wasn’t until my therapist suggested a family therapy session that my dad realized how important it was to deal with his own demons as well. He went to get evaluated and was diagnosed with PTSD. He began seeing his own therapist.

PTSD doesn’t only affect veterans, it can affect anyone who has lived through or seen a traumatic event – with it now being spoken about in mainstream media due to the celebrities it has affected.

25-year-old singer, Ariana Grande, has openly talked about her struggle with PTSD.

On May 22, 2017, her life drastically changed when a suicide bomber killed 22 people and injured numerous others at her Manchester concert. Grande had expressed feeling extremely heartbroken and emotional, saying that for months she couldn’t talk about the event without crying. She organized a benefit concert with her team and then donated the proceeds to the We Love Manchester Emergency Fund. The funds then went directly to the families of the victims. Grande then posted images on her Instagram story depicting a scan of a “normal” brain without mental illness and a scan of a brain with PTSD. She captioned the photos saying, “hilarious and terrifying,”. She then posted a scan of her brain, which looked very similar to the scan of the brain with PTSD, with the caption “this is not a joke,”. She further explained in another Instagram story, that she shared the photos of the scans because she found the science behind them interesting and thought it was important for people to see how mental illness affects a person. She wanted to encourage fans to be in touch with their feelings and remind them to always take care of both their minds and bodies. Her message is one that should not be forgotten. 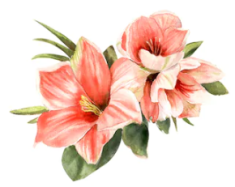 Even with the stresses of work, school, and home life; it is important to always take care of yourself physically and mentally. Don’t forget to take a day for yourself, or even just a couple hours. Treat yourself every now and then and remember, self-care is not selfish.

0 comments on “PTSD and my Father”

& remove any guilt surrounding it 🎨 by: @sophia.joan.short
Trust the timing of your life ✨ Repost by: @thefive15 #saturdayreminder