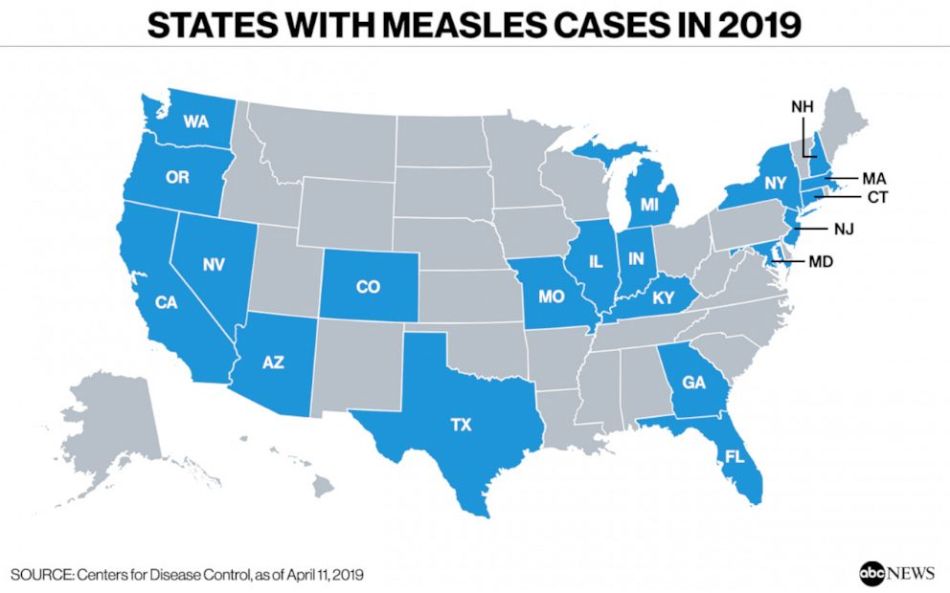 The refrigerator mother theory may appear to be a small footnote in the history of autism, but its impact has had a profound effect on the autistic community. This post is meant to provide context and perspective for one of the growing threats to global health:  vaccine hesitancy – the reluctance or refusal to vaccinate despite the availability of vaccinations. While non-vaccinations have occurred for years, because of religious or personal beliefs (like natural immunity) researchers believe the recent spike in the number of parents not vaccinating is correlated to the myth that vaccines cause autism. This is considered a threat as it reverses progress made in tackling vaccine-preventable diseases. Measles, for example, which was close to being eliminated, has seen a 30% increase in cases globally over the past few years. 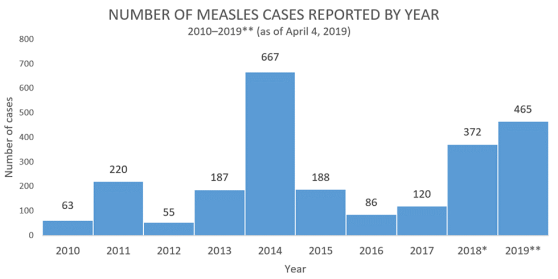 The country is currently sandwiched between two large measles outbreaks. On the west coast, the highly-contagious viral illness has quickly spread in Oregon and Washington; bringing fevers, ear infection, pneumonia and the potential for blindness and brain inflammation with it. State data shows that 7.9 percent of children near the Oregon/Washington border were exempt in the 2017-2018 school year from vaccines required for kindergarten entry for personal or religious reasons. On the east coast, New York and New Jersey are experiencing one of the worst outbreaks in their states’ history. The CDC has linked these outbreaks to travelers who brought measles back from other countries, such as Israel, Ukraine and the Philippines, where large outbreaks are also occurring. Further spreading of the illness has been seen in pockets of unvaccinated people.

Just this past Tuesday (April 9), Mayor Bill de Blasio declared a public health emergency requiring unvaccinated individuals, living in Williamsburg, Brooklyn, to receive the measles vaccine. If individuals do not get the vaccine, they are subjected to violations and possible fines of $1,000. Over 30 states, out of fear of outbreaks in their own neighborhoods, have filed over 100 bills proposing to expand, restrict or eliminate vaccine informed consent rights.

To begin, let’s look at a timeline of the events that have contributed to the nation’s present state.

1971: The MMR (measles, mumps and rubella) vaccine is released, after combining the three disease’s individual vaccines together. The vaccine was reported to have minimal side effects and extraordinarily benefits, effectively lowering the disease’s death rate.

1998: The Lancet publishes a non-retracted paper by Andrew Wakefield asserting eight children, under observation, experienced severe behavioral and physical regression due to vaccination. The journal retracted the paper in 2010 after being thoroughly criticized by the medical research community for its small sample size and lack of investigation between vaccines and developmental disorders. Additionally, in 2011 the British Medical Journal reported that Wakefield committed fraud by “altering numerous facts about his patient’s medical histories in order to support his claim to have identified a new syndrome.” He has since had his license revoked.

1999: Mercury becomes a focal point for vaccine fears after the U.S. government publishes a report announcing that certain vaccines had higher levels of mercury than previously calculated. The offending ingredient was thimerosal, a mercury-based preservative. While research determined the dosage to be insignificant, the report was enough for some to make the connection that the mercury was the ingredient, within the vaccines, that was responsible for autism.

2007: Celebrities get involved, bringing the anti-vaccination platform to the masses. The most notable celebrity would have to be Jenny McCarthy, an ex-Playmate and reality tv star, who essentially made herself the face of the movement with her Oprah appearance in 2007. On the show, she claimed that vaccines gave her son, Evan, autism; and that she ‘cured’ him primarily through the use of a special diet and supplements.

Days following her appearance, she was invited to be on Larry King Live and Good Morning America, where she expanded her opinion regarding antivaccination. It’s estimated that through these three avenues, she reached between 15-20 million viewers.

A year after her media tour, she published the book Mother Warriors. In the first chapter, McCarthy described her appearance on Oprah. She explains how she started the show by describing the events that had taken place two years prior when her son began having seizures. She speaks on her feelings of fear and helplessness while watching her son’s ‘eyes dilate, and his lifeless body lay still.’ She describes her anxiety of having to spend two days at the hospital while waiting to receive her son’s diagnosis, which was epilepsy.  She goes on to state that her ‘maternal instinct’ made her get a second opinion from a specialist.  She concludes the segment by discussing how a neurologist diagnosed Evan with autism.

He politely put his hand on me and said, “I’m sorry, your son has autism.” I died in that moment, but my instincts told me that this man was right. All those beautiful characteristics that I thought were Evan—the hand flapping, the toe walking, the playing with door hinges and lining up toys—weren’t Evan characteristics at all. Who was my son if he wasn’t all these things? The neurologist saw the look on my face and said to me, “Hey, this is the same little boy you came in this room with. He’s not any different. He’s the same boy.” I looked at the doctor and replied, “No, he’s not. My son is trapped inside this label called autism and I’m gonna get him out.”

It was here when The Oprah Show had its first commercial break. When the show resumed, McCarthy shared how she thought Evan became autistic. 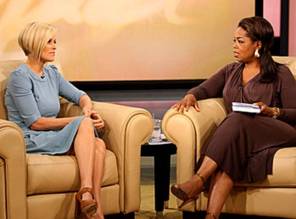 According to McCarthy’s book, the audience began to ‘clap a deep, sympathetic applause’. McCarthy looked around and saw tears on the faces of mothers who she knew had children affected with autism. Oprah finished the segment with a statement from the CDC, which said there was no science to support the connection between vaccines and autism. McCarthy recalls how she couldn’t help but think, “Who needs science when I’m witnessing it every day in my own home? I watched it happen.”

It’s easy for those who do not have the first-hand knowledge of raising a child on the spectrum, to say that McCarthy has no basis for what she believes; especially, as more and more evidence becomes available acknowledging that there’s no link between autism and vaccines. As we are currently in the midst of the epidemic, more people are beginning to refer to McCarthy as the catalyst. This has people questioning, “Why did anybody even listen to her in the first place.”

I’d like to interject some perspective here. Instead of focusing on her words, we need to examine the emotion behind it. McCarthy made a compelling and passionate argument that rallied other mothers to join her beliefs. How? By conveying a story that many mothers of children who are on the spectrum related to: that raising a child with autism is challenging, frustrating and overwhelming.

These emotions may have been heightened by the refrigerator mother theory

Though researchers have narrowed down the possible causes for autism, there is still no known culprit for its onset. Because of the varying factors, theories tend to lean towards the one common denominator: the mother.

When the diagnosis was first introduced, mothers were accused of being cold to their children, causing the disorder. At one time, mothers, instead of their children, were recommended to get treatment. While that was only for a short period of time, before the refrigerator mother theory was fully rejected, the accusation of the mother being the cause remained. Even currently, researchers are looking into the theory that the mother’s diet during pregnancy may cause the disorder, due to inadequate intake of prenatal vitamins. 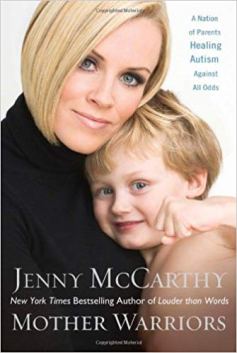 McCarthy’s words tuned into this, as some mothers of autistic children began to see McCarthy as some sort of heroine for taking control of her son’s recovery. She knew exactly who her audience was because she was a part of that group. She used her own internalized guilt to inspire others to reject theirs, effectively starting a movement. Feelings of helplessness coupled with internalized blame has formed the new ‘Autism Mom’ or Warrior Mom as McCarthy labeled it. No longer where mothers going to remain helpless, instead they were going to take control of their child’s prognosis and treatment the same way Jenny McCarthy did.

THE PSYCHOLOGY BEHIND MCCARTHY’S WORDS

This statement summarizes the mindset of mothers whose feelings of guilt is a result of the influence of the Refrigerator Mom and similar theories.

The first injection of the MMR shot is recommended to be administered at 12-15 months. Typically, autism can be diagnosed as early as 2 years old – leading people to make the connection, “My child was fine before this! He got the vaccine shot, and a few months later, we noticed a regression.” While this belief has proven to be mostly coincidental, it provided a possible hypothesis to why the disorder had developed. No longer was it the mother’s fault… no, instead it was the toxins in the vaccine.

“Who needs science when I’m witnessing it every day in my own home?
I watched it happen.”

The emotional impact of autism is something that does not get enough recognition. Autism is typically portrayed in the media, as social and cognitive malfunctioning, usually ignoring the more severe symptoms of the diagnosis. Some children on the spectrum, especially those with nonverbal autism, can be extremely violent. I’ve heard parents’ stories about their child hitting other children, striking their parents or hurting themselves. Some parents recall flinching when their child would run to them because they weren’t sure what behaviors he was going to display (whether he was going to hug them or hit them). Other parents spoke on the feeling of needing to isolate their child from others to protect them from engaging in inappropriate behaviors with their peers. From the outside, it looks as though the parent can’t control their child, which leads to more feelings of guilt and shame. 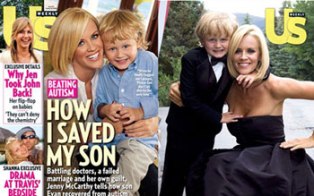 Not long after McCarthy’s first round of appearances, there was a slight drop in the percentage of children getting vaccinated. When McCarthy was asked about it, she responded by saying, “I do believe sadly it’s going to take some diseases coming back to realize that we need to change and develop vaccines that are safe. If the vaccine companies are not listening to us, it’s their fucking fault that the diseases are coming back. They’re making a product that’s shit. If you give us a safe vaccine, we’ll use it. It shouldn’t be polio versus autism.”

These events serve as a reminder of the effect that celebrities can have on mental health. Not only in this example of Jenny McCarthy, but even with the promoter of the Refrigerator Mother theory, who was able to spread his message through various televised interviews.

0 comments on “A Behaviorist’s Perspective on the Measles Outbreak” 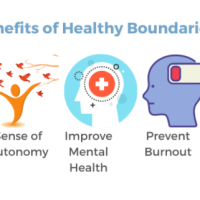 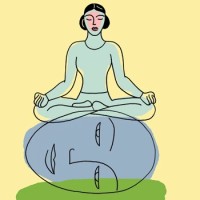 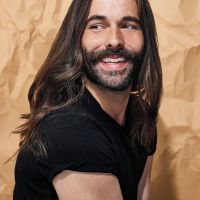 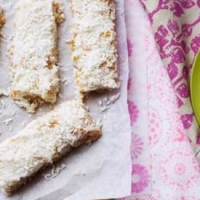